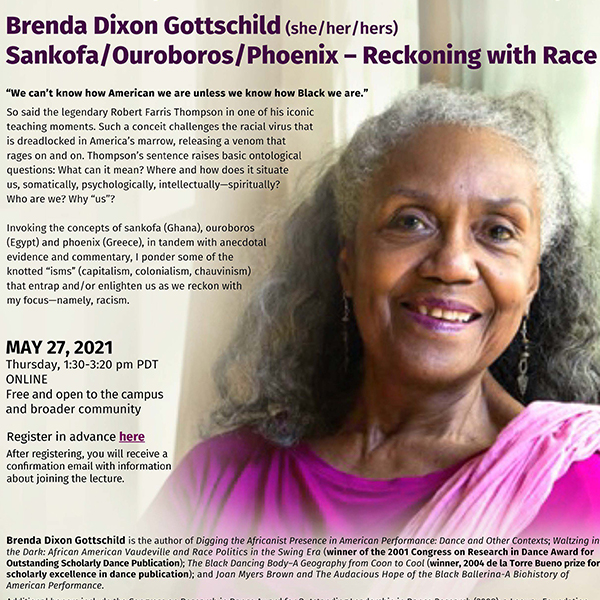 Dr. Christena Schlundt was one of the founders of the UCR campus and a founder of what is today the UCR Department of Dance. She helped inaugurate the Ph.D. in Dance History and Theory – since renamed the Ph.D. in Critical Dance Studies – which was the first degree program of its kind in the U.S. In addition to being a founder, Dr. Schlundt was also a donor to the Department and she established the Schlundt Endowed Fund for the Support of Periodic Lectures on Research in Dance History and Theory. Dr. Schlundt’s goal in establishing this lecture series, the first of which was given in 2003, was to widen and deepen the intellectual discourse of students in the Department of Dance and on the UCR campus. 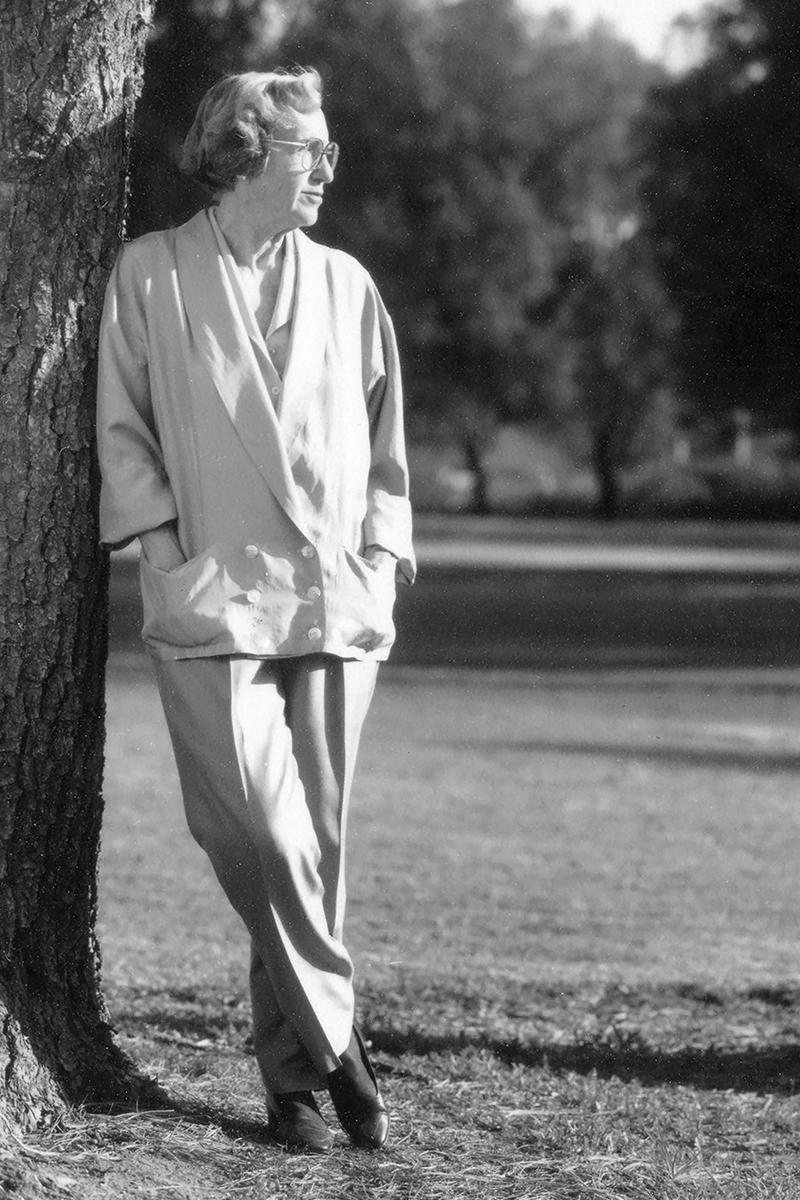 Heather Castillo and MiRi Park
“Towards a Mindful Preparedness: How Teaching Dance Online in a Crisis Prepares Us for Future Possibilities of Digital Dance Pedagogies in Higher Education”
May 29, 2020

Thomas DeFrantz
“White Privilege” given as part of NOT Festival
February 28, 2018

Yvonne Daniel
“Social Dancing in the Caribbean and Afro-Latin America” given as part of the opening reception for UCR’s Festival of Social Dance.
October 21, 2016

Marta Elena Savigliano
“World Dance and Dancing Out There in the World”
February 26, 2007

Anita Gonzalez
“Reading the Stones and Centering the World: Contexts for Maya Ritual Performance”
May 5, 2004