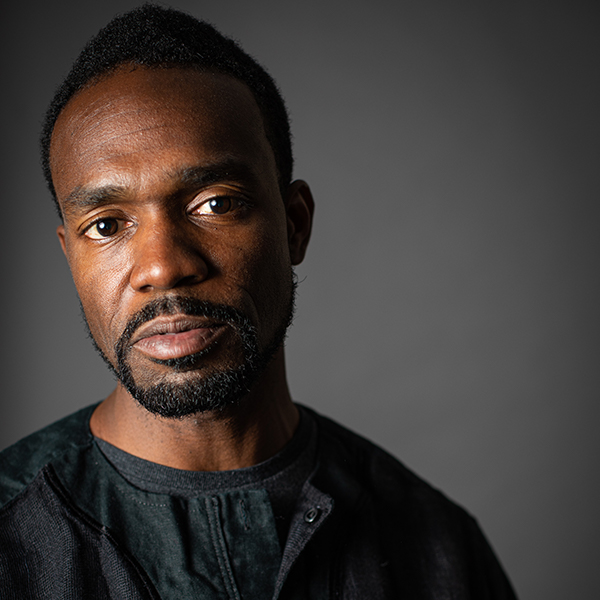 André M. Zachery is a Brooklyn-based interdisciplinary artist of Haitian and African American descent, and is a scholar, researcher and technologist with a BFA from Ailey/Fordham University and MFA in Performance & Interactive Media Arts from CUNY/Brooklyn College. As the artistic director of Renegade Performance Group his practice, research and community engagement artistically focuses on merging of choreography, technology and Black cultural practices through multimedia work. André is a 2016 New York Foundation for the Arts Gregory Millard Fellow in Choreography and 2019 Jerome Hill Foundation Fellow in Choreography.

RPG has earned mentions and favorable reviews from publications such as The New York Times, The New Yorker, The Village Voice, Culturebot, Infinite Blogspot, Futuristically Ancient, Hyperallergic, the Brooklyn Rail, the Daily News and AFROPUNK. As a technologist André has collaborated with various artists through RPG, the design team of 3LD Art & Technology Center and The Clever Agency on design installations, immersive media productions, film productions, film editing, projection mapping and performance collaborations.

​As a scholar he has been a member of panels, led group talks, facilitated discussions and presented research on a myriad of topics including Afrofuturism, African Diaspora practices and philosophies, Black cultural aesthetics, technology in art and performance and on expanding the boundaries of art making within the community. He has been a panelist and presented his research at institutions such as Duke University, Brooklyn College, University of Virginia and Massachusetts Institute of Technology. André has taught at Brooklyn College and been a guest faculty member at the dance programs of Florida State University, Virginia Commonwealth University, The Ohio State University and University of California Los Angeles. 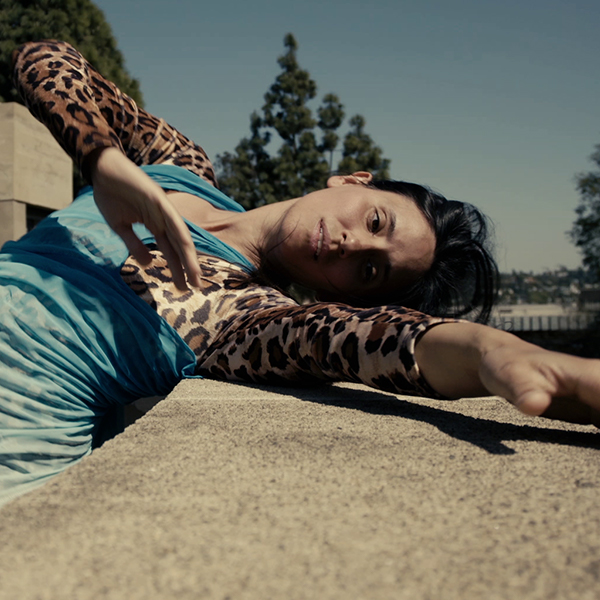 crystal sepúlveda is a dance artist working collaboratively to compose video, movement, and sound for live performance and installation. Recent collaborations that exemplify sepúlveda’s dance-making and interdisciplinary approach include Bodyscape (2015), the river knows (2016), Ch’u Mayaa (2017). These collaborative works in addition to her solo durational performances are often tied to site-specific and site-sensitive manifestations that activate emergent notions of identity, healing, self-determination, and place-making from a Puerto Rican diaspora, post-Huracán María, anti-colonial positionality. Becoming a mother to naíri azul has inspired works such as Rooting Within (2019) commissioned by HomeLA and Fulcrum Arts, and Remedios (2019). Published in WE SPOKE, “maría, naíri, and i” and ” Instructions Provided by a Mother’s Intuition Postpartum” (2019) are writings/dance scores on becoming a mother and desires for a viable world in the face of environmental disasters and injustices.

Ximena Garnica is Columbian-born award-winning choreographer and director, as well as a curator and producer, with extensive teaching experience, including, most recently, at the Playwrights Horizons Theater School at New York University’s Tisch School of the Arts.  She is the recipient of the prestigious Van Lier Fellowship for young Hispanic directors in New York, the Bessie Schonberg Choreographers’ Residency at The Yard in New York, and of the highly regarded three-year HERE residency, designed to assist individual artists or collaborative teams working in a hybrid form in live performance, also in New York.

Garnica holds a Bachelor of Arts in Theater from the City College of New York, and graduated from the Tenshikan Dance Institute in Tokyo, led by Akira Kusai, one of the pioneers of the Japanase dance form known as butoh. With her artistic partner, the Japanese-born Shige Moriya, Garnica is a co-founder and artistic director of the LEIMAY Ensemble, a group of six dancers and performers. Their collaborative work ranges from sculptural, video, mixed media and light installation art to interdisciplinary movement-based performances and publications. They have exhibited their work in visual art galleries, museums, theaters and public places in New York City and across the United States in venues such as the Brooklyn Academy of Music, the Brooklyn Museum, the Watermill Center, the New Museum, Japan Society, and the Asian Museum of San Francisco, as well as in international venues in Japan, Spain, France, the Netherlands, Mexico, and Colombia. Their work has been reviewed in such prominent outlets as The New York Times, The New York Press, The MIT Press Journal Theater and Drama Review (TDR).

With her dance company LEIMAY (Cave Organization), Ximena Garnica has developed a sought after teaching/training program for emerging and established dancers, physical performers, actors and voice artists. Their LEIMAY Ludus Training Program is a platform for the development a non-codified practice that diverse groups of artists can benefit from.